How to import one Test Case in another?

1. Go to the Test Case where you wish to reuse all the steps of another Test Case and click Edit Steps

2. Go to the Step under which you wish to Import a Test Case and click on Add

3. Under the drop-down menu select Import Steps From.

4. Now select the required Test Case which you need to import and click on Save 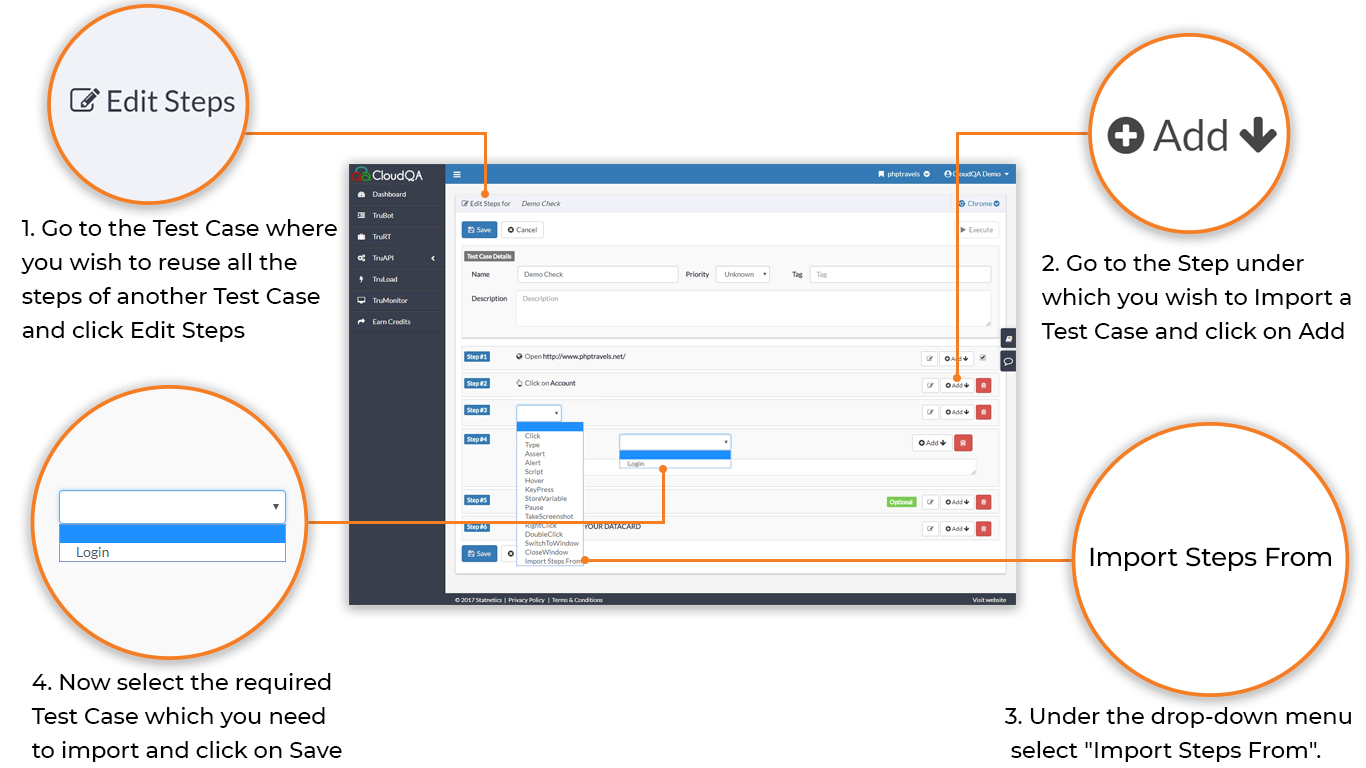 Conditions to Import Test case as a step:

Is this article helpfull?
Tell us what we can do to improve the article
Sorry we are unable to collect your message currently. Please send using this page.